May 09, 2020
Most of the time, I have edited podcasts by carefully picking out the usable parts and deleting the dull parts. Simple. This time, I had to deal with a longer. In the past, I started with forty-five minutes and trimmed it down to fifteen solid minutes, but now, I had two hours, and there were still only about fifteen usable minutes. I broke down the task by dedicating a day to cutting out big chunks where we performed, and later I cleaned up the blocks. 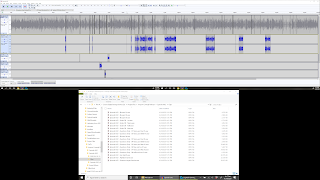 To spice up the show, I wanted to add sound effects, so I found a free iOS app and installed it on an iPad. When I tried to use it during a show, I discovered that no one else could hear it. Bummer. I found this was a known driver issue with my USB↔sound converter. The device would still bring in sound reliably, but only one channel, so I experimented with the idea of implementing a full-size mixing board to capture my mic and other inputs. Then, I found out that my Linux box supported the drivers without issues and ran all the programs I used for the meeting. 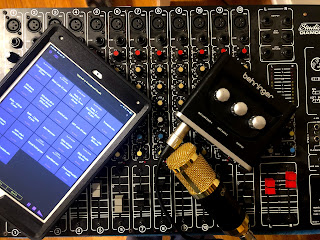 Our third episode was like the first two, where we played improv games, but this time I was expressly invited to join as a player instead of a host. Learning improv from people also practicing was so great. They were happy to explain all game guidelines carefully, and everyone was inclusive. 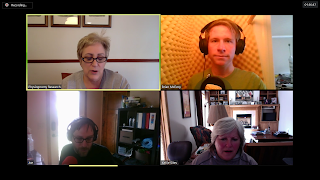 I edited episode three the same as two over a couple of days. I hit a snag when I deleted the extracted clips, but by then, I had exported that track as a single sound file, so I was able to trim it apart into sound bites, which I can mix later.

When I ran out of editing work, I started a new project based on the Atari Punk Console. I had all the parts to make one, except for 555 timers in DIP-packages. Fortunately, I had some of the chips with a SOIC footprint and some adapter boards, so I built the device based on the Wikipedia schematic. 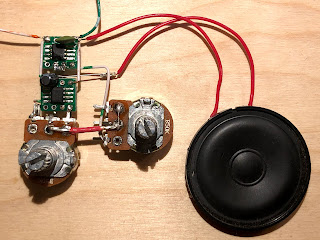