May 01, 2021
I had some trouble with wiggly finger rods, especially when the fastening bolt was loose, so I added a peg to the platform and a slot to the finger rod. 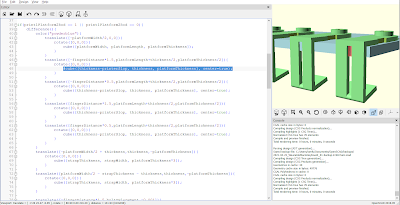 I wired up the latest model but managed to break one of the microcontroller pads. A broken input shouldn't be a big problem in the testing phase, and I can always replace the Arduino. I tried a different arrangement with the semi-conductive Velostat plastic, but it didn't pan out. 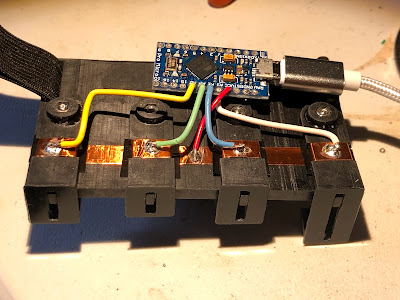 I began tracking the highest and lowest value for each finger. I couldn't just write a few down and code the records because I intentionally have different resistor sizes, resulting in various performances. I wanted code that could accommodate that. 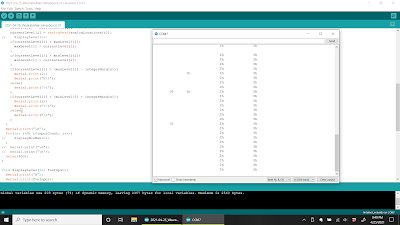 I moved away from looking at raw input values and wrote the code to consider the upper and lower limits it was recording and basing the current reading on those measurements. In the end, I could print the values as a percentage, which was intuitive. 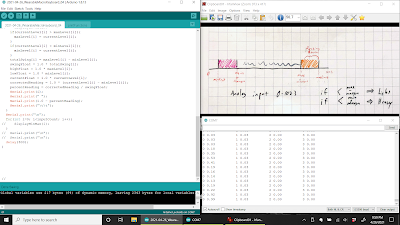 The code was advanced enough that I could differentiate between a light touch and a firm press. I added code that would print a single message when it saw a tap, then a new one if it progressed. Before, I was sending a stream of values. 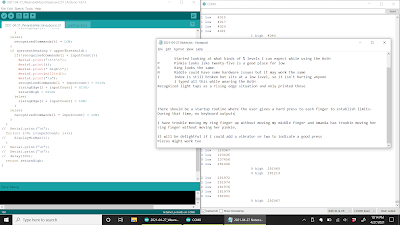 One of my inputs refused to behave and showed numerous inputs when I only intended a single. I added code required levels to drop below a certain point before it could issue a new command. My erratic behavior became a little sluggish, which was an acceptable trade-off. 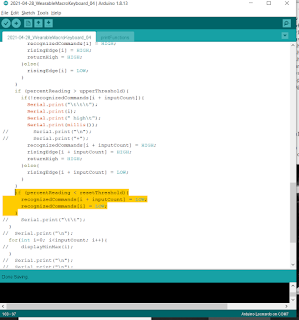