April 25, 2015
A lot of time was wasted dealing with broken or non-working hardware. This caused holdups because programming couldn't be done properly and previously soldered work had to be cut apart, cleaned, and resoldered. Two different programmable boards were tried and the third time was indeed the charm. 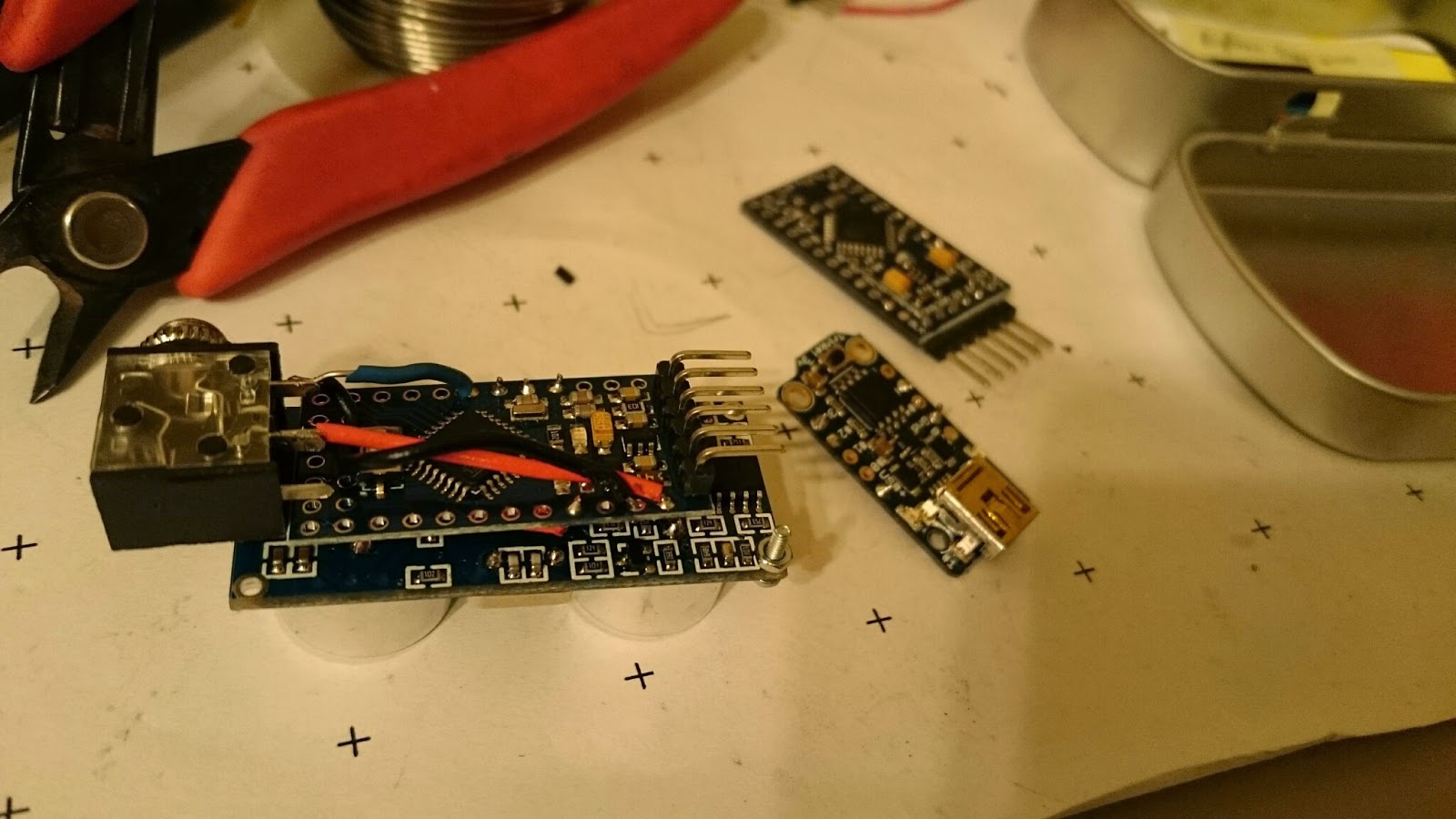 Soldered board on top with scrapped board behind it

The first board selected for this project was a Trinket which is an Arduino compatible board which uses the ATTiny85 chip. This chip doesn't require a USB ↔ Serial converter which is nice but doesn't support Serial.print statements which makes debugging more difficult. This board failed to take a program despite attempts to program it from several computers. This was replaced with a Arduino Pro Mini. This board had been pulled out of a different project and may have been faulty before soldering. Also failed to work. The last board to be installed was a brand new Arduino Mini Pro which accepted a program immediately.

The Cyborg Distance Sensor is divided into two parts. The first part, described above is the Sensing + Processing module which houses the ultrasonic distance sensor and the Arduino. Power + Stimulation is handled by the second module which is currently a pair of 3.5mm headphone sockets with a 5V relay. An enclosure was drafted for these components but was done incorrectly. After sensing the relay with my own finger magnet it was decided to change direction and simply use the 5V relay coil to stimulate an implanted magnet. A 23A battery, which is a small 12volt battery, had been selected but the short life and high cost of the battery prompted me to change to a 9V battery version. 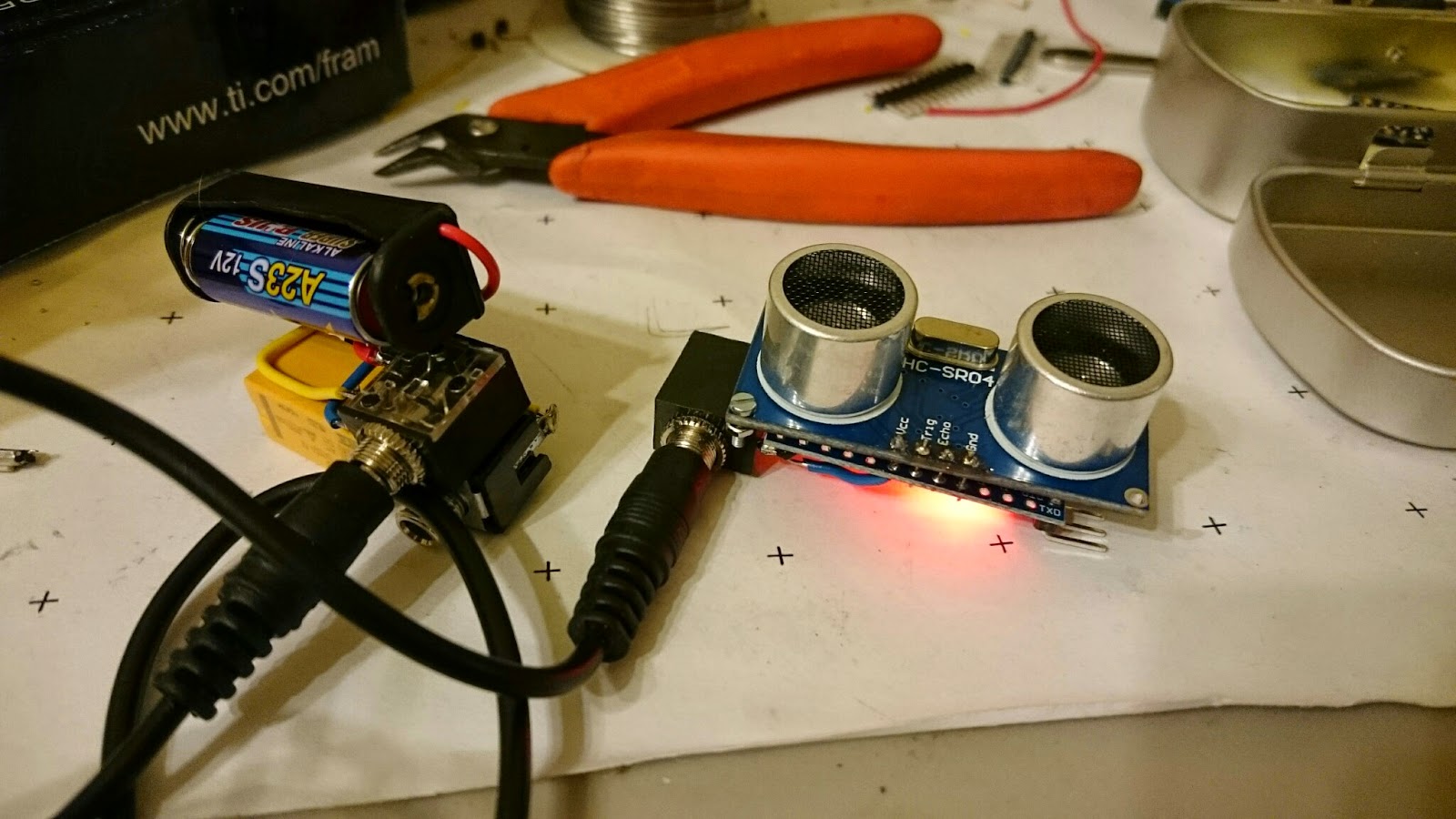 After the hardware issues had been resolved the program was tested and functioned but not ideally. To easily change variables a potentiometer was soldered to an analog input on the Arduino. An analog input could be read periodically to update numbers which would otherwise be static. No definite numbers were found which consistently provided reliable results. Since the relay will be stripped down to the coil any further debugging has been delayed until the hardware can be made to match the specifications. 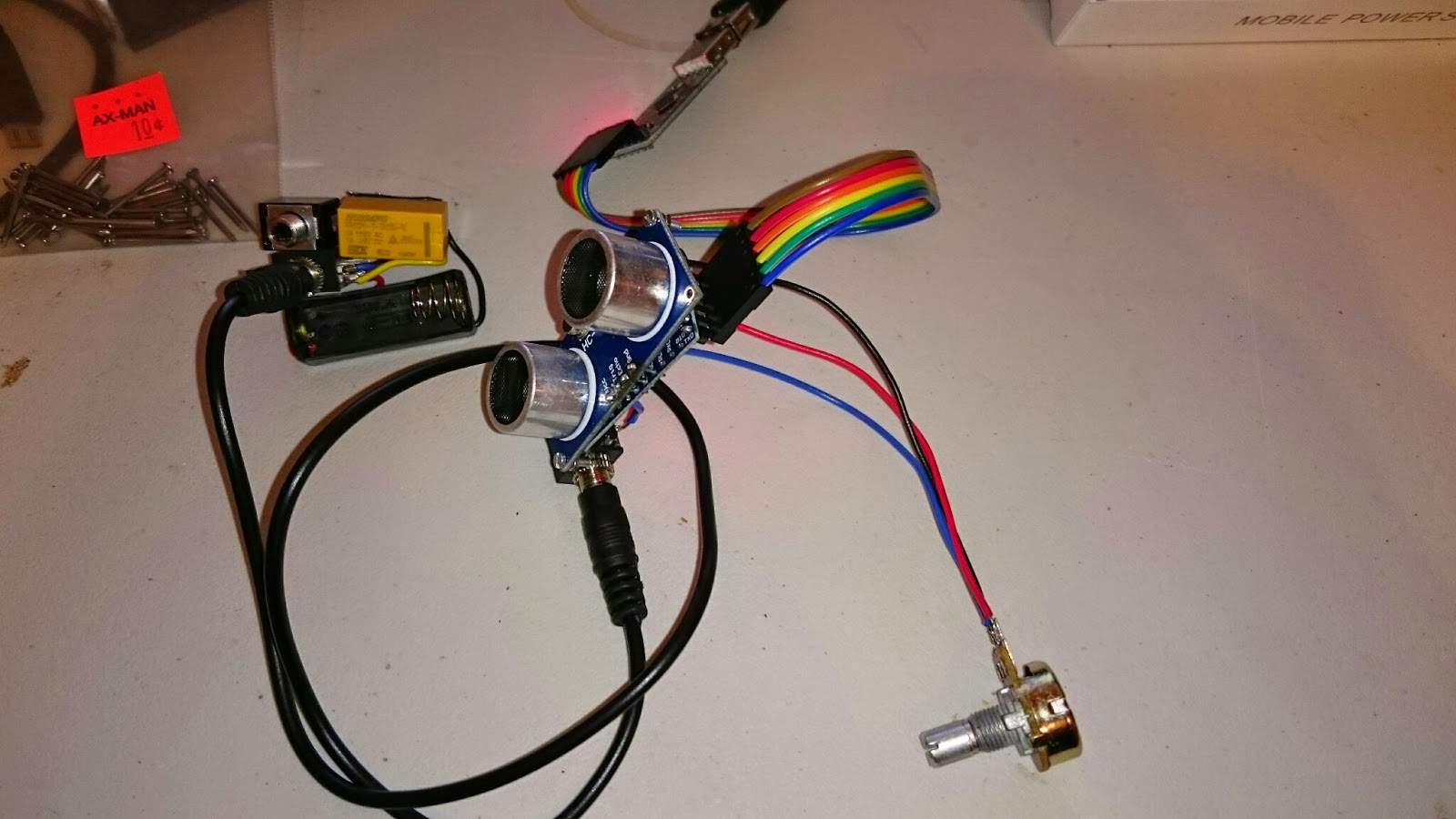 Potentiometer soldered to board for debugging