I feel like year six is going to continue with intense projects that will take longer but still have short ones that need a day or weekend.

A new implant started my sixth year. Starting with biohacking seemed appropriate since many of the people I spend my time with are biohackers. This implant was an xEM on the knife-edge (ulnar side) of my right hand, which will have my work badge cloned to it. 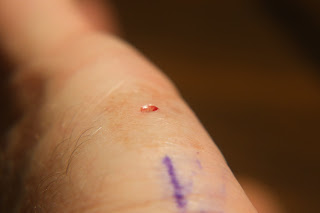 Teardowns have not been my usual style, but IKEA's NFC Cabinet lock, Rothult, was a tempting piece of hardware for grinders. My implants include NFC tags, so this was something I wanted to explore. I found that the antenna could be desoldered and moved to a remote location.

Electronic WindChimes spawned mini-projects to support it, and the first to be completed and finished was a rudimentary drum machine called Little Drummer Bot or just LittleDB. It was nothing novel but suited my needs and was made entirely from parts I had on hand.

Another mini-project to come out of the Electronic Wind Chimes was the EWC_Pocket, which was a single board with three potentiometers designed for maximum portability, and it was easy to bring out in public and demonstrate. It was small enough to fit inside an SD card case.

One of the most significant projects to date, Electronic Wind Chimes, ended with success after four consecutive months. The project leveraged pseudo-random numbers to generate MIDI notes and exciting sounds. It might be a stretch to call it music, but it kept the room lively.

For some variety, I took a chance and made kombucha and harvested the scoby. I kept records and science'd it up for this blog. In the end, I found out that I dried the scoby too early, and I made some tasty vinegar drinks.

At some point, every hardware hacker thinks about making a clock. This one was made to be hacked into a game for a hackathon, so the time-telling ability is secondary.

After spending so much time with the Electronic Wind Chimes, I wanted something easier to carry and demonstrate, so I made a portable version called EWC_Handheld with a new ability to tap out the notes instead of only adjusting the tempo with a potentiometer. This also introduced the idea of creating a new channel with pseudo-random settings.

I spent time with some biohackers who made PegLeg, and I decided to make my own Qi-powered PirateBox. 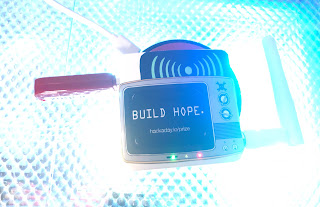 I helped a friend design a blinky badge for B-Sides San Antonio. I could not make it to Texas for the convention, but the organizers offered me a ticket, and I bought a set of the badges for testing and my own collection. 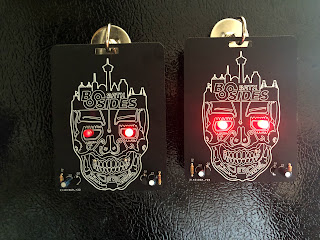 I keep making musical instruments even though I don't play them. This one leverages on my guitar box instrument, but PhonoMug encourages people to experiment with different sounding cavities, playing surfaces, and tine material.

More and more of my projects revolved around music, and this time, I automated a toy glockenspiel, MIDIGlocken. The piano-style keys still work, and from the outside, you can barely tell anything was altered, because preserving the original was important. My toy instrument should be a warm-up to automating a full-size glockenspiel in the future.