I found inexpensive hitch pins, but their typical split-ring wasn't very attractive, so I designed some simple T-handles that would fit at the end. With tapped holes and color-matched machine screws, they look beautiful. 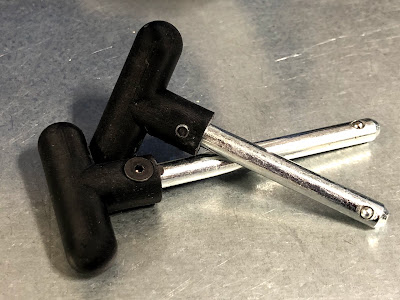 My resin printer is terrific, but sometimes I need to harden liquid resin on the surface or tack a few pieces together, so I bought a UV laser module and printed a platform to hold a switch and battery. My UV pen was like a soldering iron for printer resin. 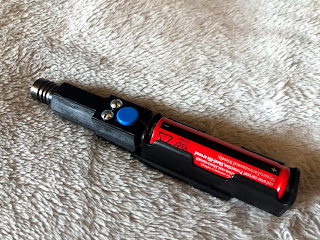 I moved to a new house, so I needed a new place to record. I converted a spare closet with egg-crate foam and some acoustic panels. This time, I got creative with the door and taped foam to a couple of pieces of red foam board. 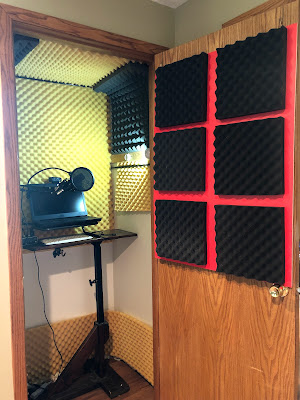 My Back of the Hand Keyboard was a step toward practical wearable computing as an input device that wouldn't be in the way during ordinary life. It started as a way to trigger tasks on my work computer, but I had to simultaneously hold an electrical probe or screwdriver, so I put the buttons behind my fingers.

The 24EngSilentKeyboard has an uninspiring name, but it doesn't have any moving parts, so I don't get a sound blip when I touch a key to start an audio recording. The keyboard was a quick project to solve a minor problem, and I got to work with inexpensive touch sensors. 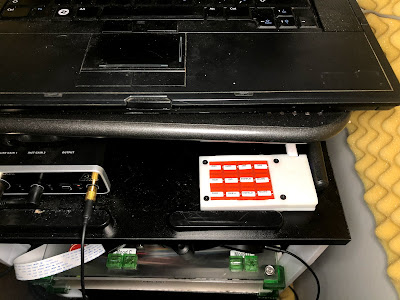