July 11, 2015
This last week started with my trip to CONvergence where I was helping out the people at Twin Cities+ with a party room. Despite myself I was chatting up total strangers. Talking to costumed people about my creations and transhumanism turned out to be a LOT of fun and I got to meet some really awesome people. Magic Magnet box was shown to the public after a little retrofitting work. As a magic trick I only performed once but I was accurate. People who came to the TC+ party room were given a small magnet and tape so they could experience an idea of what it was like to have a magnetic sense. An AC solenoid was put on display so people could feel an AC field then without any prompting people began to explore with their new sense and the magnet box was quickly seen as an equally fascinating station. So, naturally, we encouraged people to feel the difference between an AC field and a permanent magnet field. We never should have doubted people's desire to explore. 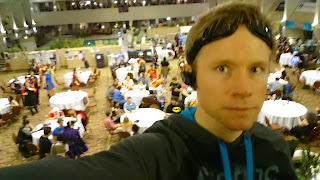 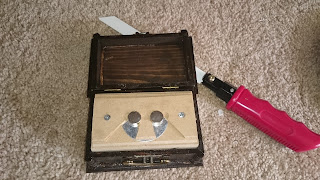 Cat toy came back into focus after the weekend. A double structure was made which held everything needed to reflect and deflect the laser beam. In short, the laser was mounted on one side, aimed at the deflecting mirror, bounced off the convex mirror and out of the structure. The structure was sketched on paper and drawn to conserve plastic. After modeling but before printing a few improvements were made then printed. After printing the unit was assembled and tested and it tested well. Video was shot  which showed the structure and the demonstration. This structure will not be the final enclosure since it doesn't have a finished look but instead it is for proving the point. If electromagnets and mirrors aren't appropriate for this project the technique may be used in a a laser projector project in the future. Files for printing the structure have still been provided in the posts. 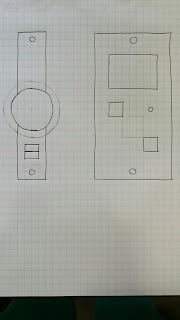 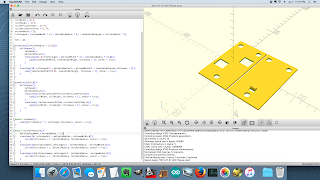 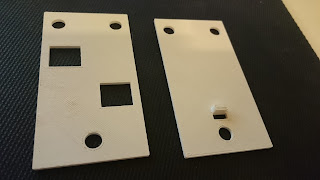