September 25, 2021
Chapters seven and eight were when I started doing things uniformly. I realized I needed a window of recorded silence at the beginning to sample the noise in the room. I recorded the introduction monologues in the same order. And I made each line of dialogue a clip in Audacity. 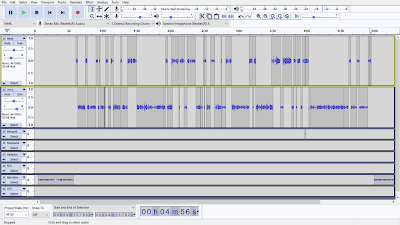 Chapter nine is the last in this act. I don't think I'll re-record everything. Instead, I'll add the soundtrack to the ones I have and build a new OST generator for the next act. 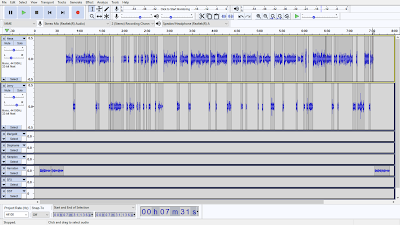 I made eight new moods to add variety in the last chapters without grasping for new sounds. Five of them were pretty generic, which was intentional since they're just background. 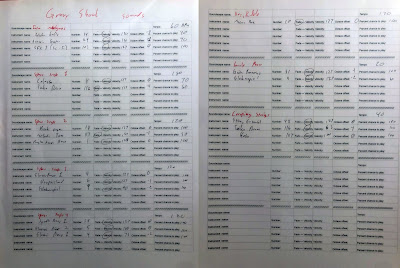 All those moods needed to go into my spreadsheet, and I didn't set up the template for easy transcription, so it was fussy and time-consuming. Before I could record, I had to perform some repairs on the EWC_OST. 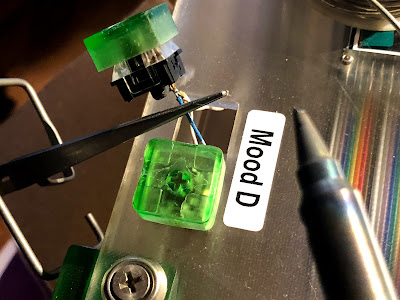 Fixing a wire on the EWC_OST

There was one more issue with some unusable file names in my updated spreadsheet, but then I got to work making the soundtrack for chapter two. 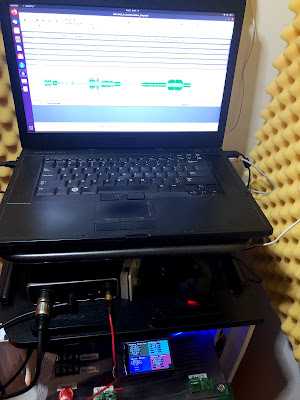 Chapter two's OST had varying levels, so I rerecorded them after I switched around the mood spreadsheet. I used 100 as the max level before, but the new ones used 127, which is MIDI's max. Once I made them uniform, the erratic levels evened out. 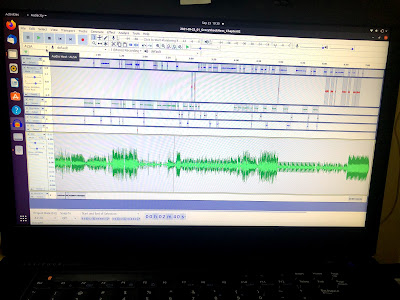