August 14, 2022
I wanted to make glowing tokens for tracking fear points in the game. How creepy would the pieces be if they lit and dimmed in a rhythmic pattern? The typical method is casting the parts in resin, but that's a messy endeavor, so I decided to prototype with hot glue, which disperses light naturally. 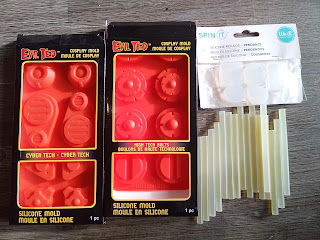 I bought some silicone molds from a hobby store since they should withstand hot glue temperatures without a problem. I positioned my LEDs in one and held them with a dab from the gun. 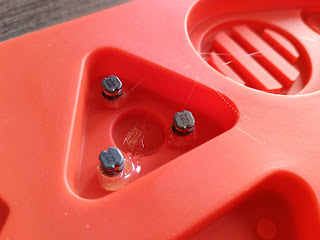 The gun had a high and low setting, and I kept it at the maximum. Some of the larger molds needed me to add a couple of layers while the sticks heated up. While hot, the glue was mostly clear but became cloudy as it cooled. 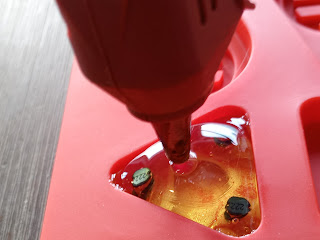 Adding that stuff like it's cheap. Because it is

In some tokens, I added tiny clear beads to diffuse light and hide the lights, which was the same concept for building a chandelier. Diffusion through dissimilar materials should also work if I move to clear resin. 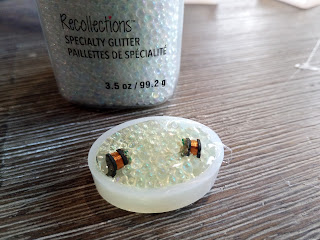 The first test with the beads wasn't great because the LEDs had to face inward and light up best when upright. I filled a small mold with the emitters and another with spheres, then stacked them. 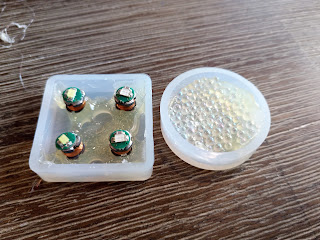 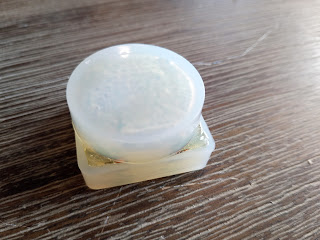 A big problem was getting glue into all the crevices before the cast cooled. Some of the bubbles were so troublesome that beads fell out after demolding. I placed a test that was likely to fail on my cooking range at low temperature, and the glue became fluid while a couple of bubbles tried to escape. 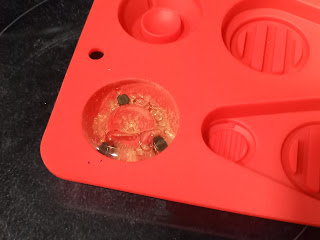 Heating a silicone mold on the range works

Some of the designs worked better than others. I hoped I could make a small bauble that lit up almost uniformly and produce enough for a four-player game. Because orientation is so important, I couldn't make something I was proud of.

Results from the workshop

The best results were too large and had three or four lights, so they weren't great for the game. As a futuristic e-money prop, they might work. 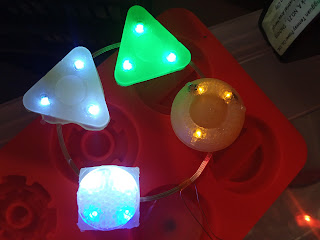 This blog, including pictures and text, is copyright to Brian McEvoy.
2022-08-04