January 21, 2023
I started editing but did not get as far as I wanted. I spent a lot of effort timing the pauses and overlap between people speaking. I figured out how to move all the tracks simultaneously, which helped immensely. 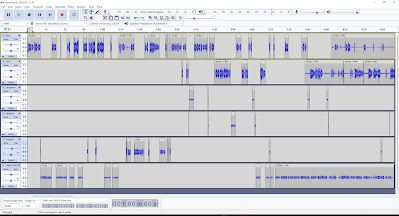 I hit a snag on the back-and-forth dialog because a station crewman was supposed to be speaking in the background while everyone else spoke over him, but he had too much to say, so I had to shorten his part, which means I will have to re-record him. 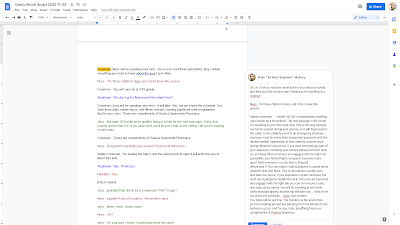 The station crewman's lines will wait until I set up the recording desk again, so I kept editing. I applied a low-pass filter to a clip to make it sound like a cat was behind a cupboard cover, and I began documenting times in the script when I came to chapter breaks. 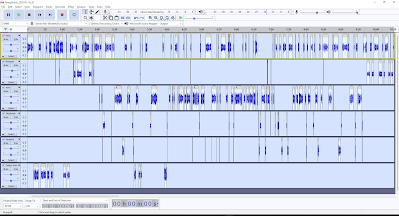 I got to the halfway point of editing, as far as the total time goes. I figured out a faster way to edit, so that progress may move faster. The trick was to break up the chores and do them in batches. 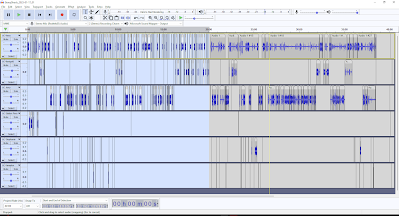 I could not cover much material during this session because every track had at least one clip, so I had to mind them all. I took extra care to make the gaps between speakers sound natural, but it took a lot of time and was messy with six tracks. 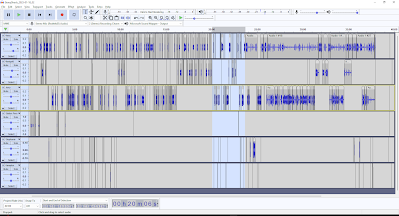 I edited ~20% of the play as I improved my proficiency with the software and learned some of the quirks. I am now much faster at selecting all clips after a marker to move them at once. 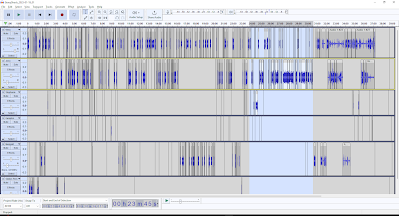